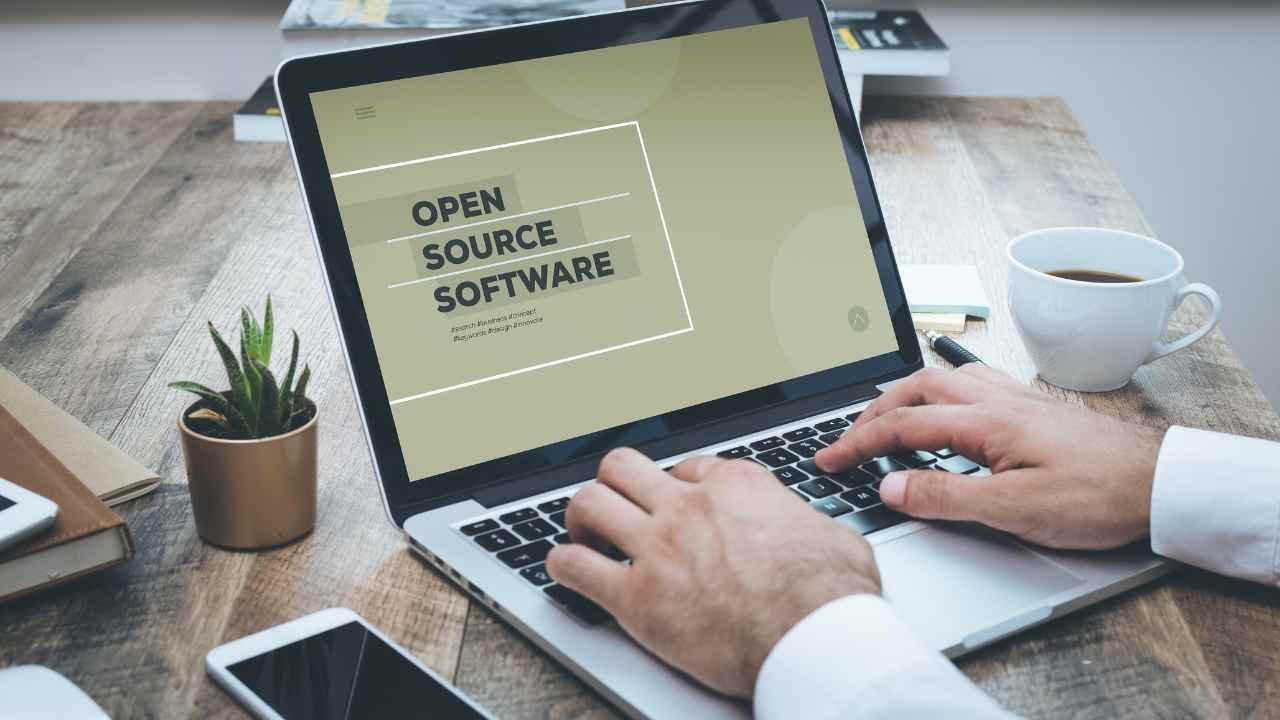 What Is Open Source, And Why Should You Care?
SHARE

Open source is a set of software tools and resources that anyone can modify and share because they are designed to be publicly accessible.

“Open source” originally referred to software development, but has since also gained a broader meaning. Today, it refers to the “open source way,” or what we call “the open source values.” Open source projects, products, or initiatives embrace and celebrate principles of open exchange, collective participation, agile prototyping, transparency, meritocracy and community-oriented development.

What exactly is open source software?

Open source software has a history of being created in order to benefit all individuals, while still charging a price that makes it affordable and accessible.

“Source code” is the part of software that most computer users don’t see, as it’s the code programmers can manipulate to change how a piece of software (a “program” or “application”) works. Programmers who have access to a computer program’s source code can improve that program by adding features to it or fixing parts that don’t work correctly.

What’s the difference between open source software and other types of software?

“Copyright” allows people to copy, inspect and alter software only the original authors of software has made. In order to use a copyright protected software you have to agree, usually by signing a license displayed first time you use the program, that you’ll not do anything with the software that it’s authors haven’t expressly allowed. Microsoft Office, Adobe Photoshop are examples of copyrighted programs.

Open source software is different from traditional software. Its authors make the code available for others to view, copy, learn from, alter, or share. LibreOffice and the GNU Image Manipulation Program are two examples of open source software.

While proprietary software doesn’t need to be licensed, open source software does. What’s the difference between them? It all has to do with the legal terms of each license: Open source licenses differ dramatically from proprietary ones.

Some open source licenses affect the way computer users can use and study software. In general, open source licenses grant permission to use open source software for any purpose they deem appropriate. Some—what some people call “copyleft” licenses—mandate that anyone who uses a modified open source program also release the original source code for that program. For these types of licenses, others must also share their modification without charging a licensing fee for it.

Open source software licenses are designed to promote collaboration and sharing by permitting other people to make modifications to source code and then incorporate those changes into their own projects. They encourage computer programmers to access, view, and modify open source software whenever they like, so long as they let others do the same when they share their work.

Is open source software only important to computer programmers?

Early Internet inventors like Linux and the Apache Web server were developed using open source software. The amazing thing is that anyone using the Internet today benefits from these innovative technologies, which were created without any seed funding.

When you ask us to search for information online, take a look at your email, or play games with friends online, your computer, phone, or console is connected to “remote” computers which are located far away from you. These computers are typically made up of open source software and work together all over the world to give you access to the resources that you need.

Remote computing is becoming more and more popular. More and more people rely on remote computers to perform tasks they would otherwise do, such as composing documents, managing emails and editing images than they would with a personal computer. Instead, they access these programs online using a Web browser or mobile device application.

Remote computing is becoming a popular trend among businesses and individuals. In remote computing, you have access to a global network of computers that make it possible for you to complete tasks like storing files, sharing photos or videos, or viewing things remotely.

Cloud computing is a growing area of interest, as it’s becoming more and more common with modern inventions. There are also proprietary and open source cloud computing apps that you can choose from, like Google Apps and ownCloud.

People don’t usually say that software running “underneath” cloud computing applications is in a way, a platform for them. While the metaphor of an “platform” is accurate, it may not be entirely applicable in all cases. Cloud computing platforms are open-source or closed-source options.

Because open-source software is available to everyone and typically much less expensive than proprietary, it provides security and reliability that proprietary software doesn’t.

There are many reasons why people prefer open source software, and one of them is control. They can examine the code to make sure it’s not doing anything they don’t want it to do, and they can change parts of it that they don’t like. Non-computer users also benefit from open source software because some of these programs lend themselves to projects in completely different industries.

Teachers like open source code because students can often study it. As software is open for the public to see, students can easily access and review it too. Teachers may also invite comment and critique from other students on their work as they progress with their skills. Students can share any mistakes they find in programming with others so that everyone can avoid making those mistakes themselves.

Many people prefer open source software because it has the potential for greater security and stability, especially in comparison to proprietary software. Anyone can view and modify open source software which means that the authors might not have implemented all the changes or added features that you had in mind. It’s also much easier for developers to contribute to an open source project without asking a company or individual for permission.

When it comes to software, Open Source is always a good choice. Open Source lets developers and users rely on the organizational foundation of openly shared code, not the whims of proprietary software company employees. Programs that are open source also tend to integrate with similar standards every time a new computer or device is introduced.

It’s hard to imagine a world without open source software. With technologies like the Internet and crowdfunding, people who weren’t previously part of the tech community can lay claim to co-creating an app. But it’s not just celebrities or professionals with social media accounts contributing to open source projects- it’s every person that contributes, tests, uses, promotes or affects them mechanically or financially.

“Open source” can mean something is free, or it can also refer to open standards and sharing.

There’s a misconception that being in open source means having no control over your content or business. But this is false–the implications of open source are not only economic, but moral as well.

Open source programmers who create software for free and release their source code don’t have to charge you for the software. However, some open source software freely lends itself to support and customization services, so professionals know they can make more money by charging users directly for these types of services rather than just providing access to the software. In this way, your software becomes freely available without any strings attached, while they still earn money doing what they want.

What is open source beyond software?

When we believe in something, we tend to follow the code of action. This is the philosophy behind how we operate at Opensource.com. We focus on open-source values, principles, and culture.

Life can be a journey, and like many other journeys, it’s often shared with others. The open source way includes expressing a willingness to share, collaborating in ways that are transparent (so that others can watch and join in), embracing failure as a means of improving, and expecting everyone to do the same.

A world that’s inclusive and accessible to everyone is the key to a better future. It also means committing to playing an active role in improving the world, which can only happen when individuals have equal access to it.

The world is full of “source code.” Blueprints, recipes, rules—whatever its form—should be shared with others so it can continue to evolve for the better. People should have a hand in altering the underlying code for their own benefit.

We’ve been bringing you the stories about how open source values are essential for a number of fields, including science, education, government, manufacturing, health and law among others. We’re a community here to share our experiences with others who want to learn more about how open source works, because when you love it, everyone wins!

How To: Fix (and Avoid) Traffic Drops after a Website Redesign
Next Article